THE DAILY MAIL ON ALEXANDER'S CHOICE

Alexander’s Choice, a love story involving a 14-year-old boy and his young English master at England’s most famous boarding-school, Eton College and written by old boy Edmund Marlowe, was published on 12 December 2012.  Over the course of the following year, it was mentioned thrice in Richard Kay's column in the British daily newspaper, the Daily Mail. 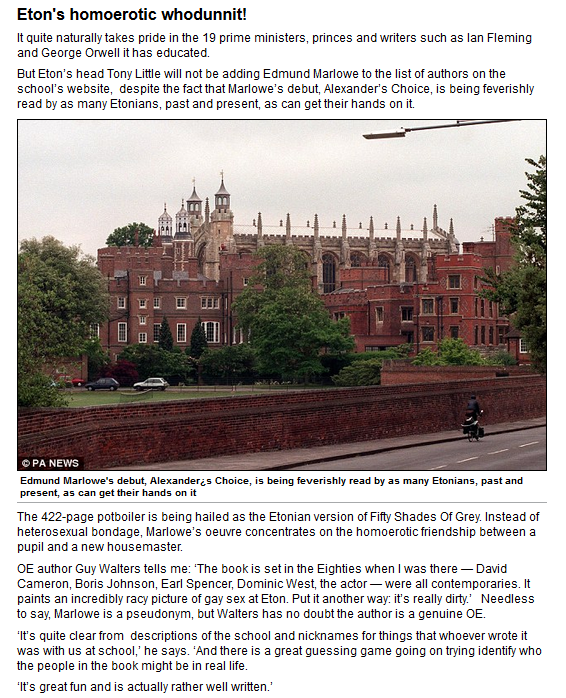 If you would like to leave a comment on this webpage, please e-mail it to greek.love.tta@gmail.com, mentioning either the title or the url of the page so that the editor can add it.